There I sat, all broken-hearted …

So, if you remember from last time, I was stuck on side of I 75, 39 miles from home, with a blown tire. I had just passed the state realtor license exam, and, with license in hand, was on my way back to take my place among the legions of realtors in the pursuit of happiness.

For a variety of reasons, not the least of which was a locked lug nut, I had to call for roadside assistance to solve my dilemma. After a bit of a wait, help arrived, I embarrassingly discovered that the key to unlock the lug nut was in the glove box, and, after due payment, I was on my way! 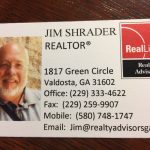 The next few days were spent in various technical meetings establishing business emails, joining realtor groups, getting my lock box card verified, printing temporary business cards, and, in general, completing the final preparations to begin actual work. My first assignment was to take a series of ten videos of properties under consideration by a military couple moving to Valdosta (Moody Air Base) from Alaska. They bought one!

The next big event on the calendar was the arrival of Dorothy, Alek, Daniela, and Eva who rented an SUV and drove in from Jacksonville having flown from Newark. Dainis also arrived that day flying in from Baltimore. All had assembled for the Thanksgiving Day festivities and then Alek, Daniela, and Eva would stay on to have a very early Christmas celebration since that were spending the actual Christmas holiday in Houston with the Mack family. At least that’s what we thought was going to happen! 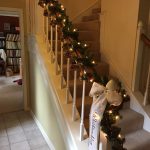 Immediately after the Thanksgiving feast and the next-day hanging of the outside Christmas lights (Dainis and I had our traditional cigars!) as well as the trimming of the
tree, the following events unfolded quite rapidly!

Alek was called to replace a colleague in Cosi fan tutte with the Tokyo Symphony. That’s Tokyo, JAPAN! This involved driving a rental car to Atlanta, getting papers at the Embassy and flying to Tokyo the next day! To top it all off, the next day Daniela got a call from Florida Grand Opera in Ft. Lauderdale to replace a colleague in the title role of Carmen. Daniela flew to that assignment and Aija, Valda, Eva, and I rented a mini-van and drove to Southern Florida to see the show and allow mommy and daughter to be together. Aside from spending quality time with Eva, there were other great perks! I got to see the show on 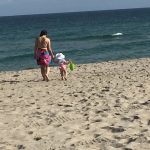 Thursday night, Aija and Valda saw it on Saturday night, and all day Friday we had a great time at the beach!

We hadn’t abandoned Christmas plans altogether, and, after returning to Valdosta, Dani and Eva stayed with us until December 9. This gave us an opportunity to have a lovely Christmas with Eva. Alek and Dorothy even face-timed in so that, thanks to cyberspace, we were all together for the gift giving. The next day, Dani and Eva flew to Houston where they met the returning Daddy and settled in for the rest of the Christmas holiday.

We were now almost half-way through December, we had made adjustments to holiday plans, there was a new president-elect on board, the real estate business continued to prosper, and we looked forward to another Christmas celebration with the Jirgensons side of the family (plus Dorothy) right here in Valdosta. That is actually underway as I write 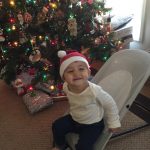 these lines. But that, friends, is the topic of another post – hopefully before Santa gets here!

This entry was posted in Blogging. Bookmark the permalink.